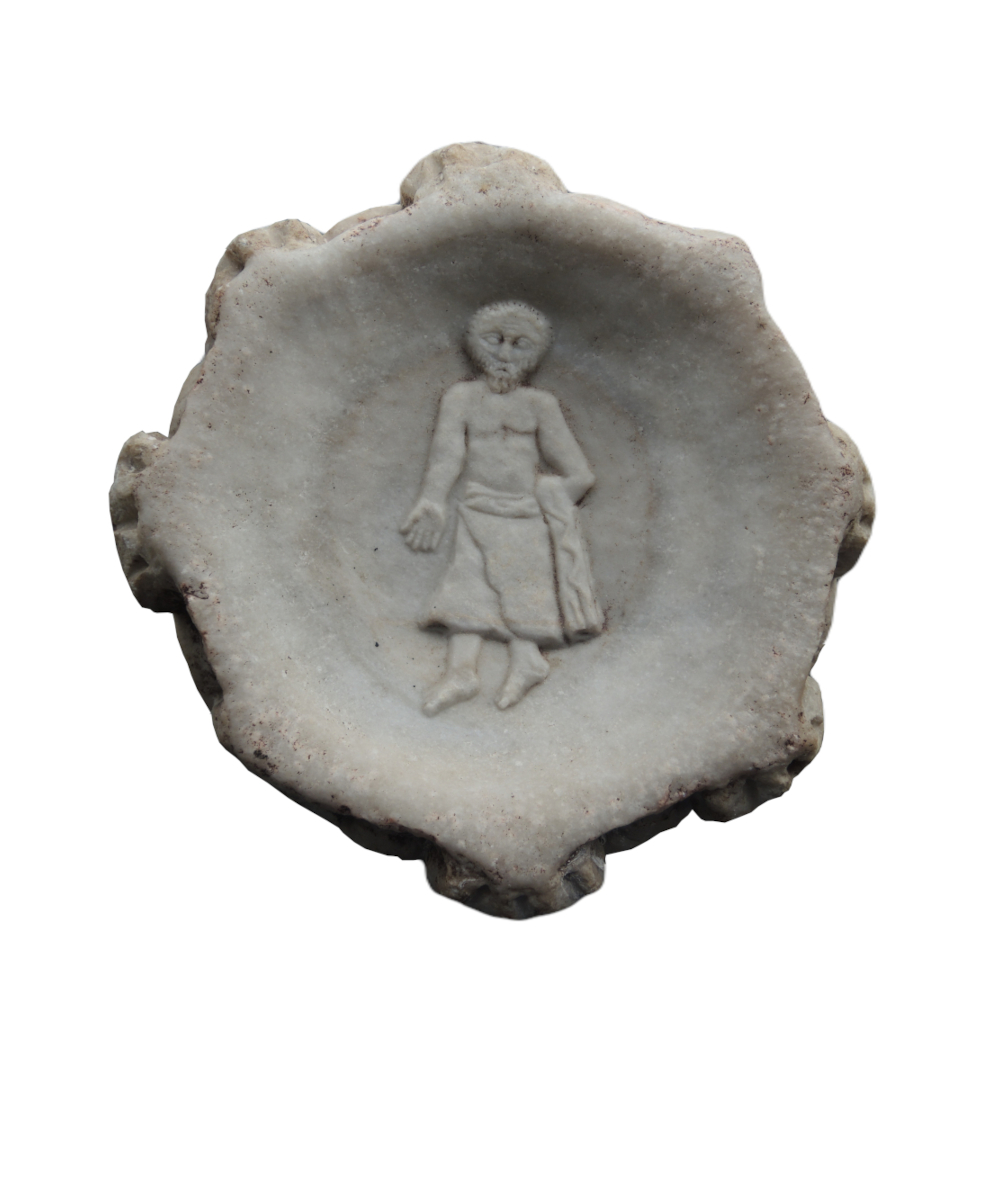 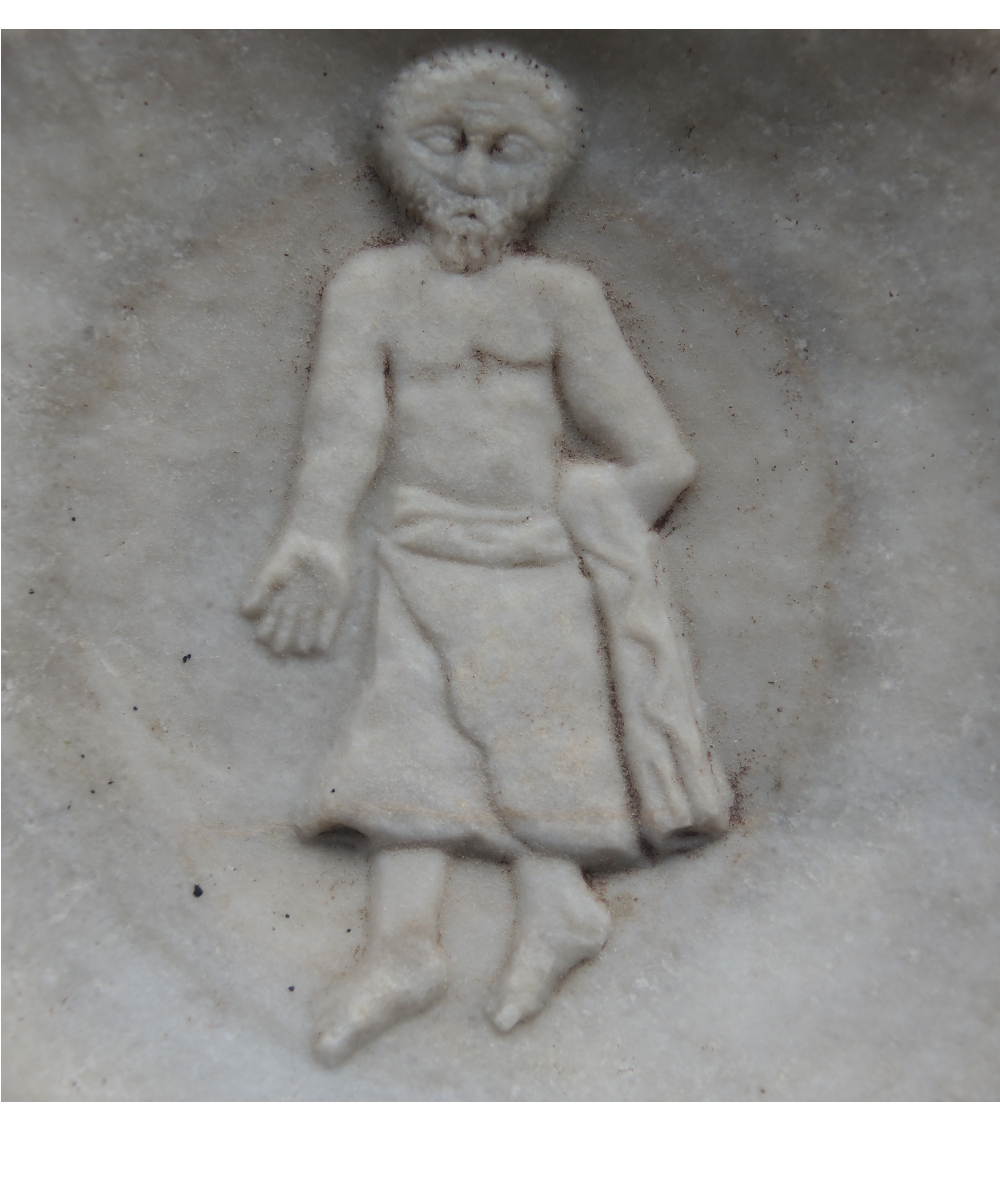 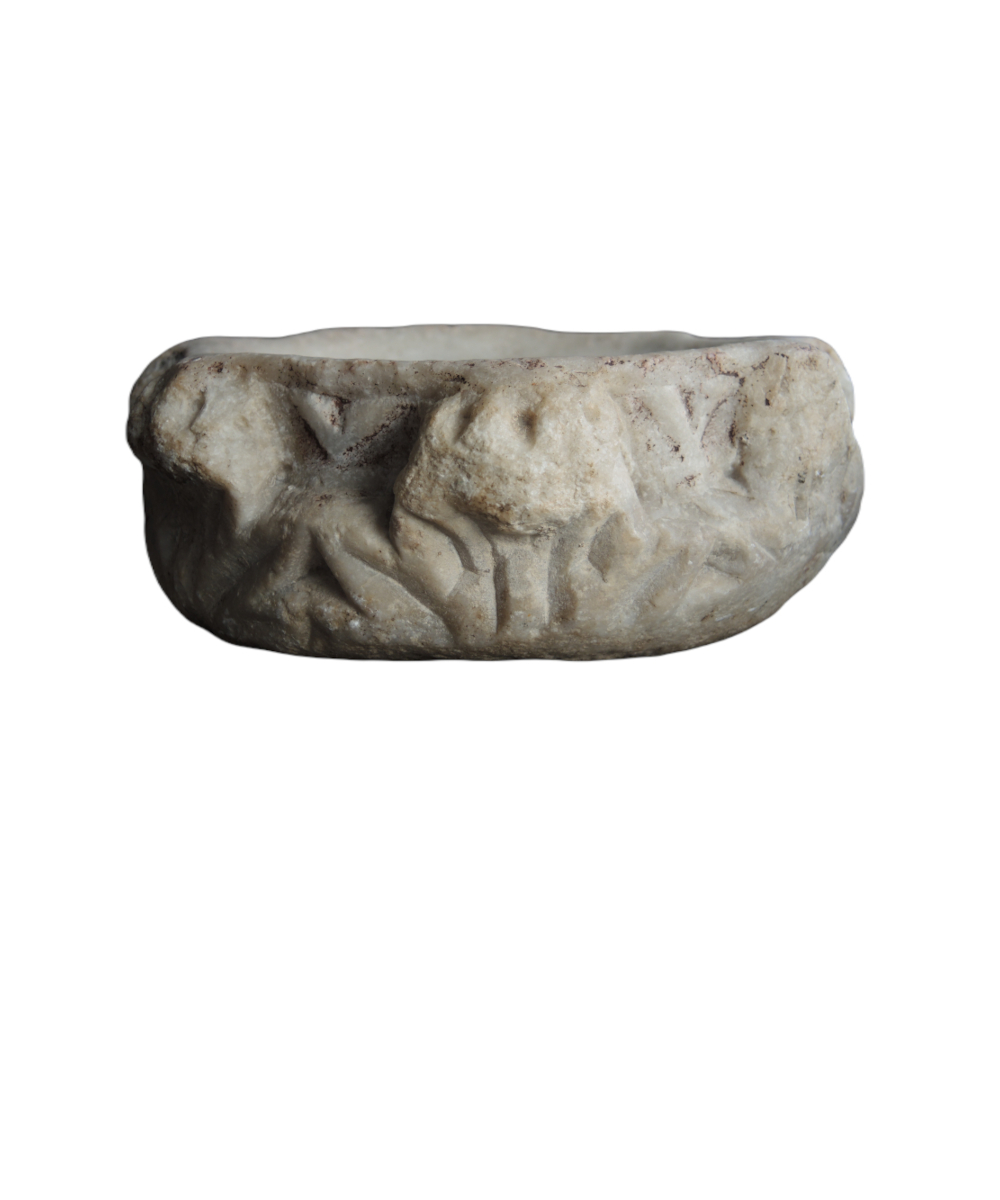 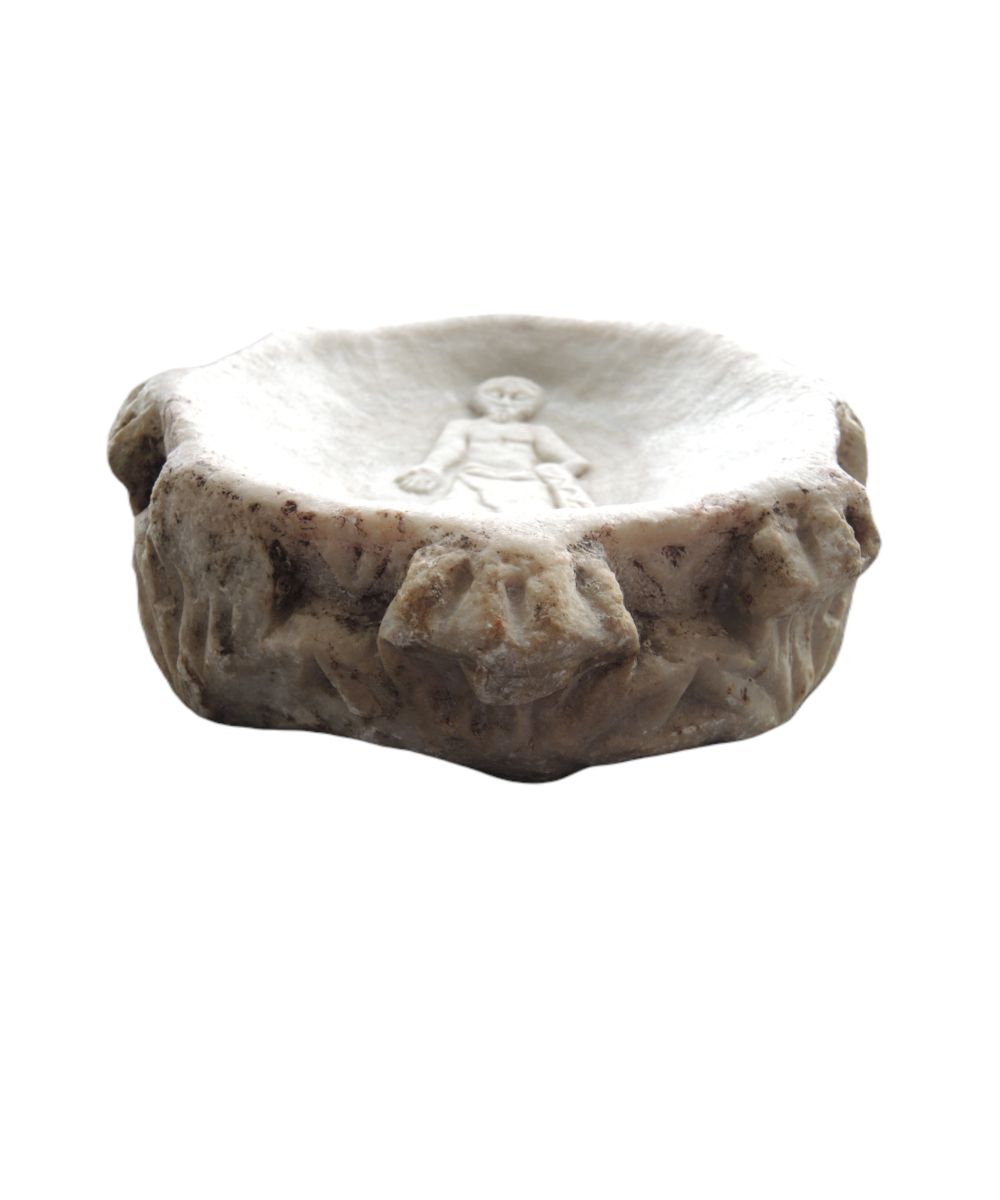 Exceptional liturgical basin or early Christian holy water font in white marble, set in a late Roman capital. It represents a character, probably Christ, with his palm open in the attitude of blessing according to the first Christian representations. Simply dressed in a long perizonium, he wears a stole, no doubt a liturgical symbol. The face, round and bearded, with almond eyes shows Visigothic influences.
The identification of the figure with Christ is supported by his attitude, known elsewhere in the representations of the catacombs of Saints Marcellinus and Peter, of Saint Calixtus or that of the Good Shepherd in the catacombs of Priscilla. The palm offered, hand lowered is an attitude noted on the first representations of Christ, which is appropriate in a liturgical basin. This attitude differs markedly from the attitudes of praying people or saints, hands raised. .

The comparison with the representations studied leads us to propose a dating of the end of the 4th century or the beginning of the 5th century. Comes from a private collection in the Sète region.
Related works: Sarcophagus basin fragment, Church of Quarante - Sarcopage Inv.RA506 from the Museum of Saint-Raymond - Frescoes from the catacombs of Marcellinus and Peter, Calixte, Priscilla - Plate from the loculus of Asellus, Vatican Museum.
Bibliography: Contribution to the study of early Christian sarcophagi from southwestern Gaul, Jean Boube, 1984 - Marble sarcophagi from southern Gaul. The example of Mediterranean Languedoc, study of materials Anne-Bénédicte Mérel-Brandenburg, 2015 - Narbonne and the Narbonnais in late antiquity, contribution of the study of marble rocks to the knowledge of sculpted works. Anne-Bénédicte Mérel-Brandenburg, 2016 - Die frühchristlichen Sarkophagreliefs aus Rom. Untersuchungen zur Formveränderung im 4. Jahrhundert n. Chr., Stutzinger, 1982.

Medium: White marble from the Pyrenees