Our selection of ancient art, Greek and Roman sculptures. Contact us and entrust us with your search for ancient art. 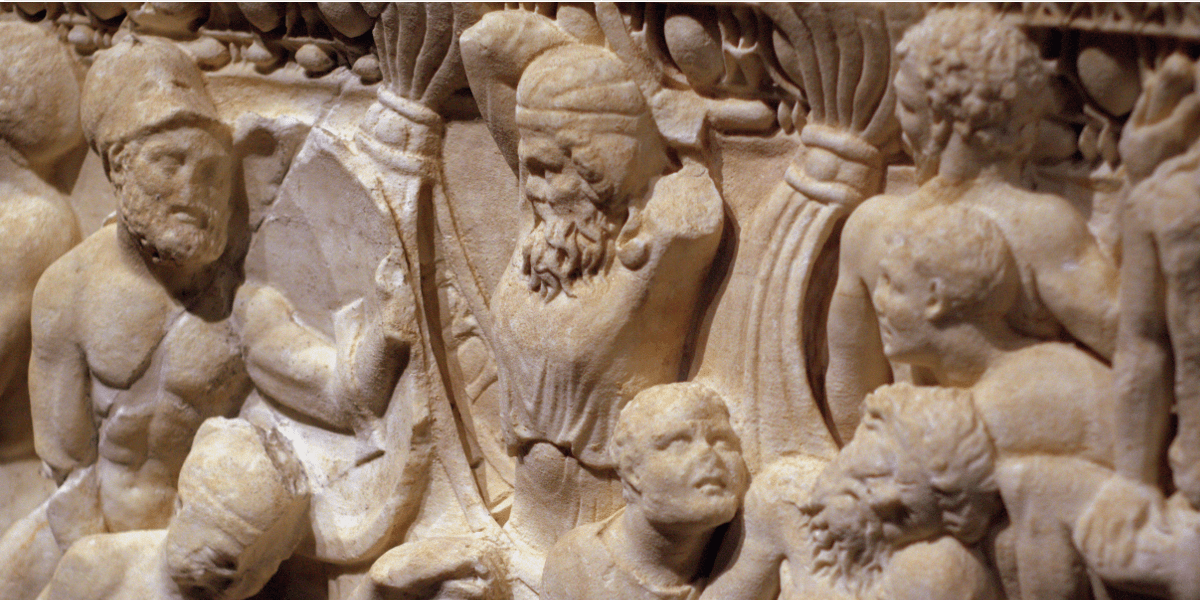 Our discoveries concerning the ancient period with busts and heads sculpted in stone and marble, relief and statuary, ancient Greek, Hellenistic, Ptolemaic, Roman and Celtic art. 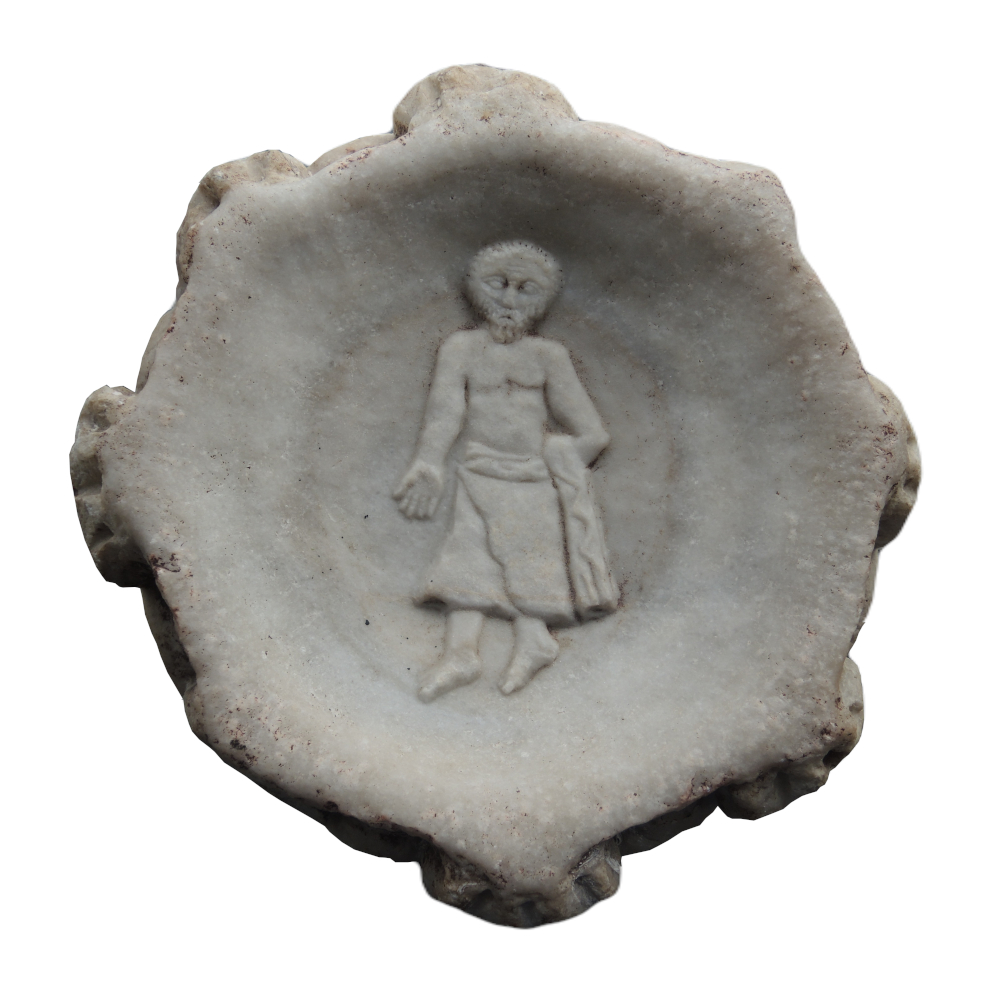 Exceptional liturgical basin or early Christian holy water font in white marble, set in a late Roman capital. It represents a character, probably Christ, with his palm open in the attitude of blessing according to the first Christian representations. Simply dressed in a long perizonium, he wears a stole, no doubt a liturgical symbol. The face, round and bearded, with almond eyes shows Visigothic influences.
The identification of the figure with Christ is supported by his attitude, known elsewhere in the representations of the catacombs of Saints Marcellinus and Peter, of Saint Calixtus or that of the Good Shepherd in the catacombs of Priscilla. The palm offered, hand lowered is an attitude noted on the first representations of Christ, which is appropriate in a liturgical basin. This attitude differs markedly from the attitudes of praying people or saints, hands raised. . 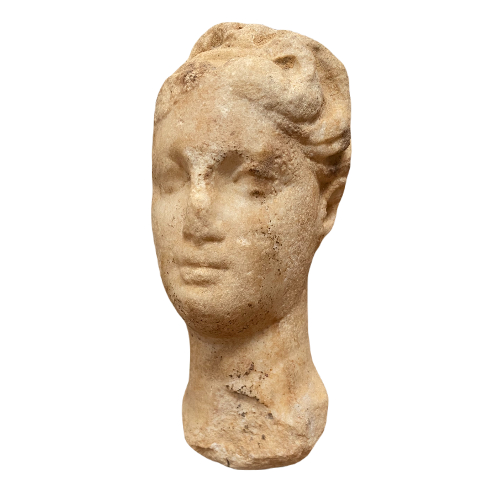 Marble head, portrait of the queen Arsinoe II as Aphrodite. The hair is incomplete because it was made in stucco following the Alexandrian custom, due to the rarity of Greek marble in the capital of Hellenistic Egypt. Ptolemaic period. Arsinoe II was deified in the guise of Aphrodite after her death in 270 BC 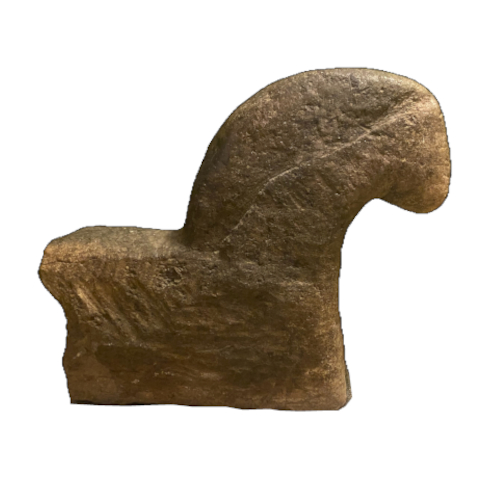 Large sculpture representing a stylized horse. Celtic period, northern Spain, circa 5th-4th century BC. This sculpture is probably a firedog, also known in Gaul with protomes of rams or horses. Highly stylized, it is very aesthetic and graceful, with the evocation of the neckline, ears and eyes. It is carved in dark andesite. 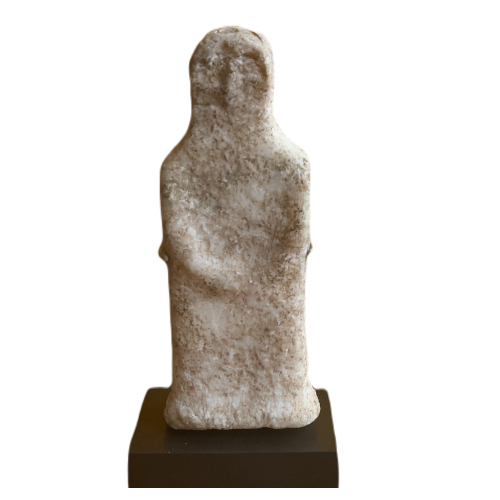 Anatolia, Early Bronze Age, ca. 3000 to 2500 BCE. An anthropomorphic marble idol with a rectangular body and a slightly flared base. The features remain very visible, the round head has a shematic nose and deep-set, round eyes. The shoulders are sloping and the hands meet at the waist. 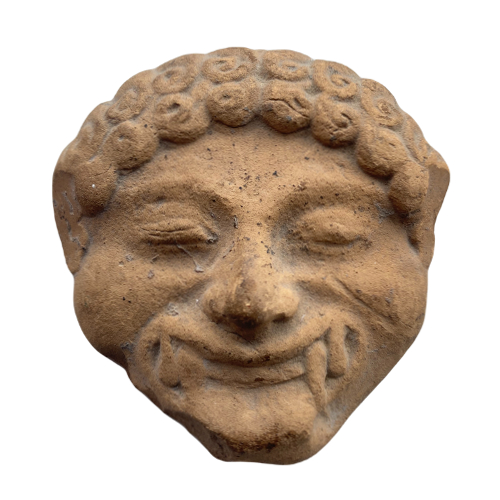 A funeral decoration or deposit, this molded terracotta plaque presents a Gorgon, with snakes in her hair and sharp teeth. Very good origin: old Altounian collection before 1940 (annex label 587). 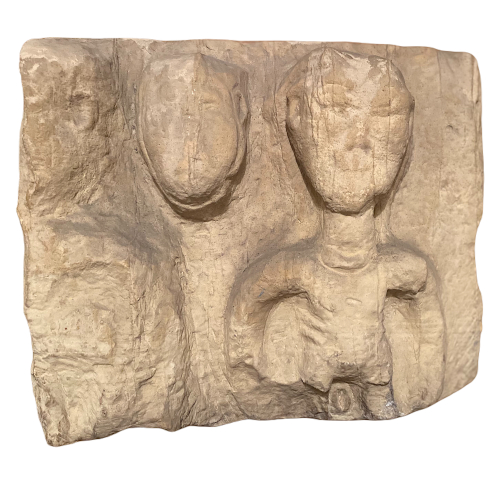 Important bas-relief representing 3 characters, block recut and probably used in re-use in a Merovingian or pre-Romanesque building. The character on the right is thus a precursor of the Sheela Na Gig and the bifide sirens of the Romanesque period. Her arms and legs meet, and a vulva is visible in the crotch, evoking a fertility cult. 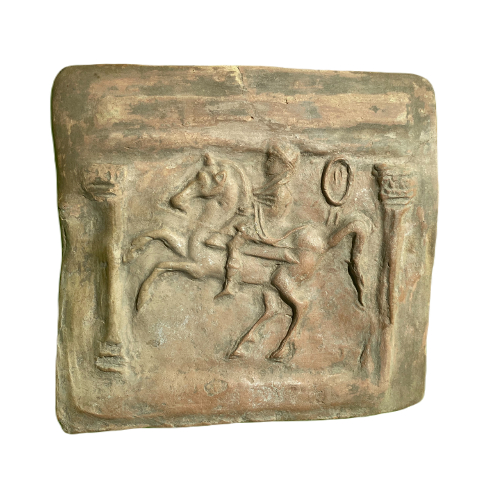 Rectangular plaque decorated in relief with a horseman between two columns surmounted by capitals. These so-called Campana reliefs are widespread in Etruscan and Roman art. 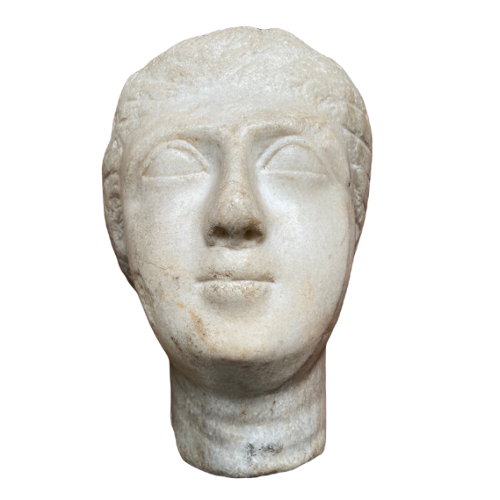 Female head in marble, diademed and with hair tied back. Representation of the Lagide queen Arsinoe III. Ptolemaic period. Hairstyle characteristic of the period. 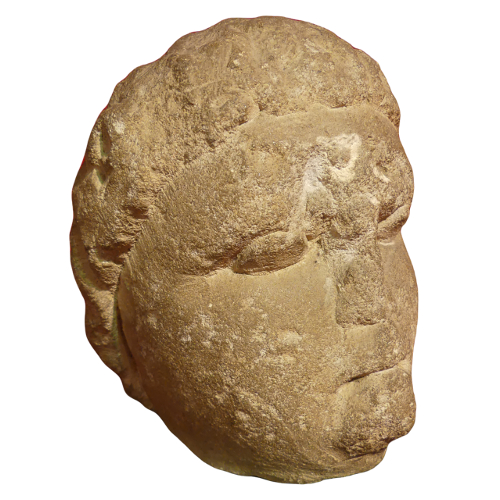 Stone head from Alise Sainte-Reine. Excavations ordered by Napoleon III from 1861 to 1865 on the site of Alésia. Style and portrait to be compared to the coins issued by Vercingétorix. Provenance Collection Dierckx Bruxelles. 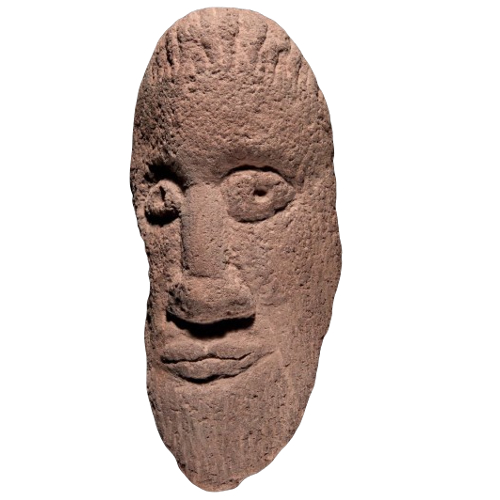 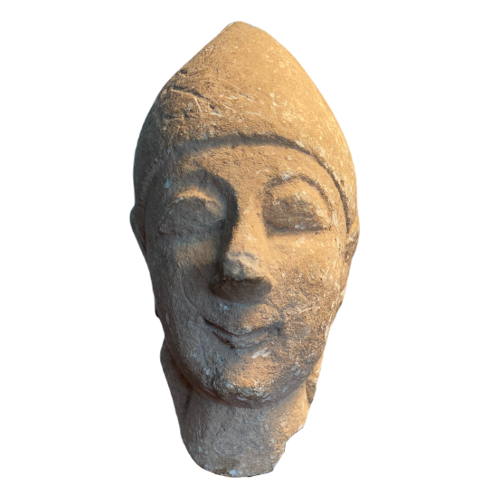 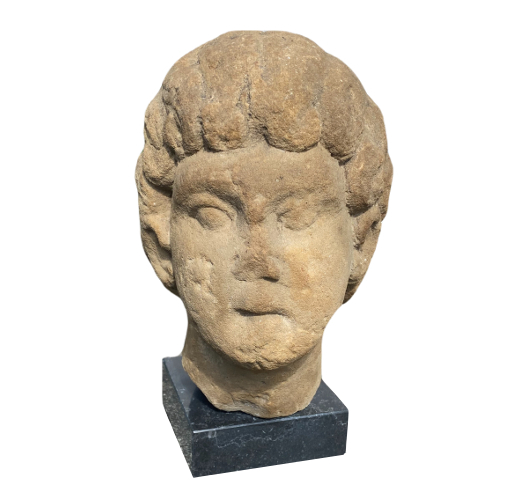 Head of Apollo. Gallo-Roman art.  Important bust of Apollo with hair tied back.

Portrait of the Roman god Apollo, over life size, stylized curly hair, pulled back and falling to the back of the neck. Eyes slightly almond-shaped, ears pelta. 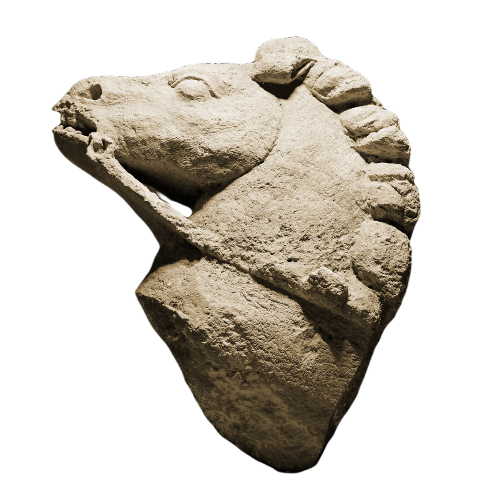 Important Gallo-Roman horse head from a monumental ensemble. Hard ivory colored limestone. Discovered at the end of the 19th century near Dijon. Former Claer de Mulhouse collection. An export certificate has been obtained from the French Ministry of Culture. 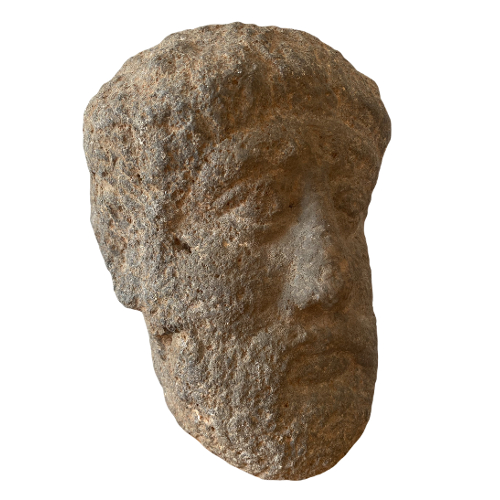 Head of a bearded man, carved in a volcanic rock. High Middle Ages or late antiquity, apostle, maybe a representation of St-Peter.

For the ancient period, the Ekinium gallery is dedicated to discover European and Mediterranean artworks. The gallery focuses on Greek and Roman, Etruscan, Hellenistic, Cypriot civilizations as well as on Celtic sculpture. We are mainly looking towards figurative sculptures: heads and portraits in marble or limestone, relief in marble or stone as well as figurines in terracotta. The subjects are varied: portraits of Ptolemaic queens of Hellenistic tradition, heads and sculptures representing Greco-Roman divinities or votives figure, such as Cypriot limestone carvings.

Browse works of art by period