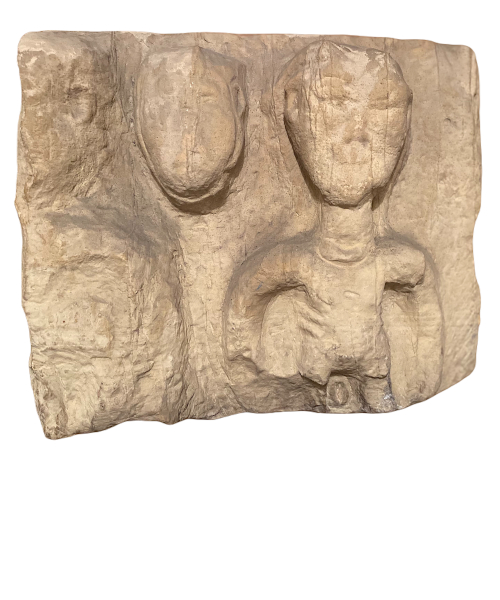 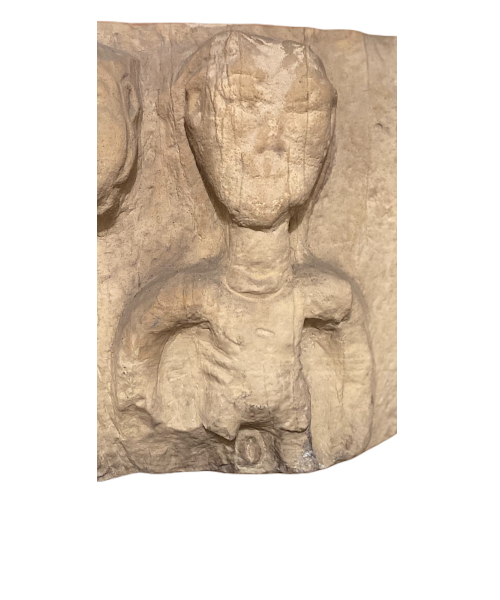 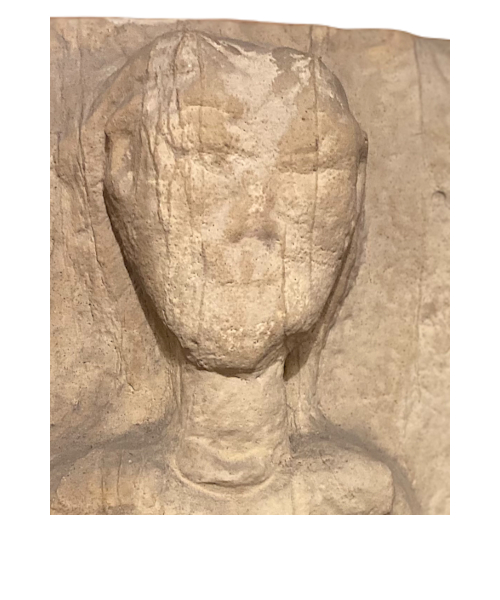 Important bas-relief representing 3 characters, block recut and probably used in re-use in a Merovingian or pre-Romanesque building. The character on the right is thus a precursor of the Sheela Na Gig and the bifide sirens of the Romanesque period. Her arms and legs meet, and a vulva is visible in the crotch, evoking a fertility cult.

The attribution to the second Iron Age is confirmed by the presence of a torque, the modeling of the torso and the hairstyle of the main figure (similarity with the characters of the Gundestrup cauldron).
The three characters are also reminiscent of the Gallic Matrons, often represented in triads, which reinforces the presumption of the fertility cult. Our sculpture is a rare example prior to the Roman conquest, having inspired the figurative representations of the Middle Ages.