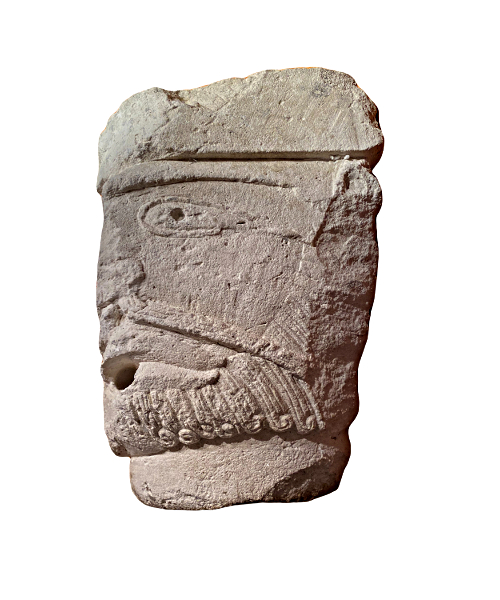 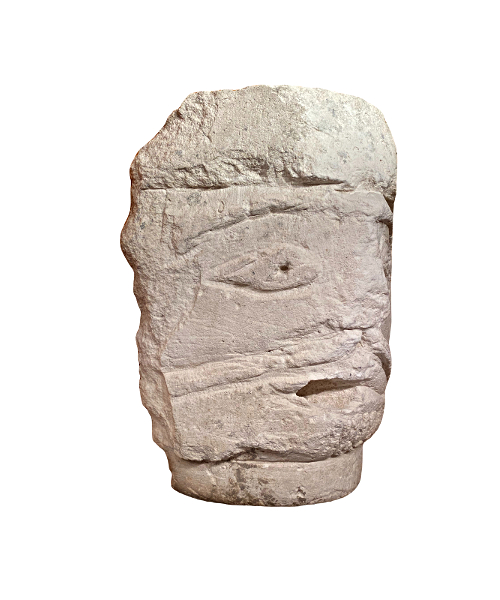 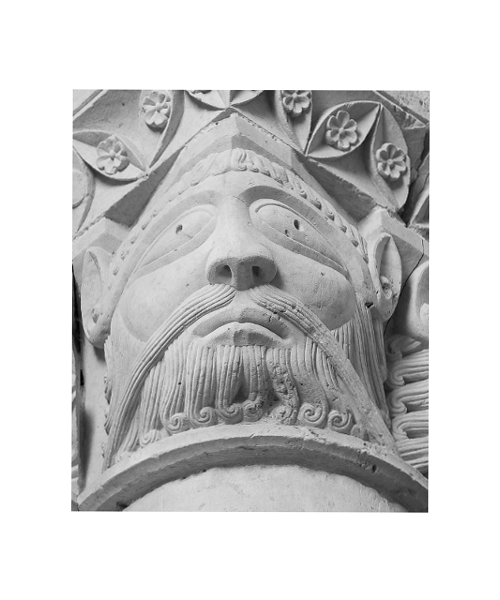 Rare and early Romanesque impost or applique capital of a Romanesque half-column. Due to its origin (Aulnay), it precedes the exceptional sculptures of the Saint-Pierre church in Aulnay-en-Saintonge, and more particularly the sculptures adorning the capitals of this church with a striking analogy with the large mask of the capital of the nave on the south side. Our capital, probably coming from the church which preceded the new construction of the 12th century, is the prototype.

The Saint-Pierre church in Aulnay-en-Saintonge is a UNESCO World Heritage Site for the quality and originality of its sculptures. The large mask of the capital of the nave on the south side (12th century) is one of the most characteristic and remarkable elements. Our sculpture offers the same characteristics: very tapered eyes, straight mustaches, curly beard and hairstyle. Its much more archaic style, as well as the history of the constructions of Aulnay, places it around the 10th century. Provenance private collection, sculpture formerly found in a garden not far from the church of Saint-Pierre in Aulnay.

Condition: Complete, accidents on the nose and on the right