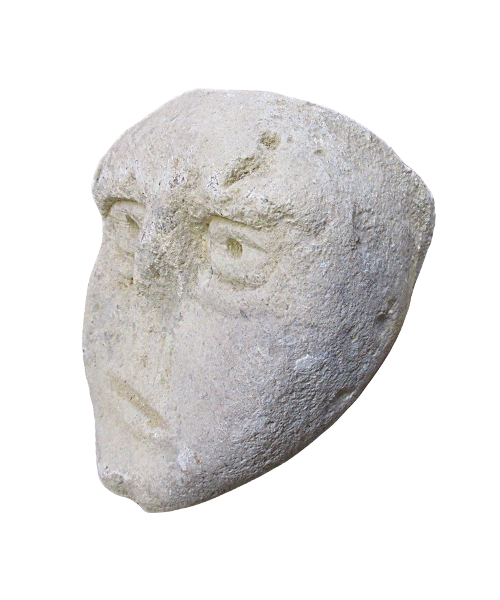 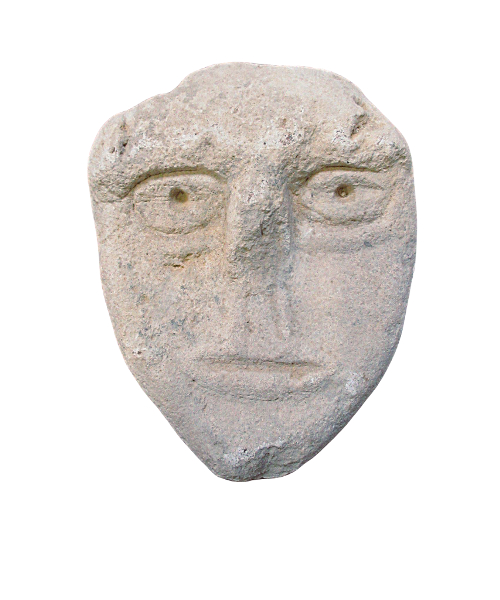 Hairless and stylized mask with almond-shaped eyes and hollow pupils. Piece from the collection of Doctor Stephen Chauvet (1885-1950) and probably coming from the surroundings of Monpazier (Dordogne) where he had a residence and collected works from this period during the Second World War.