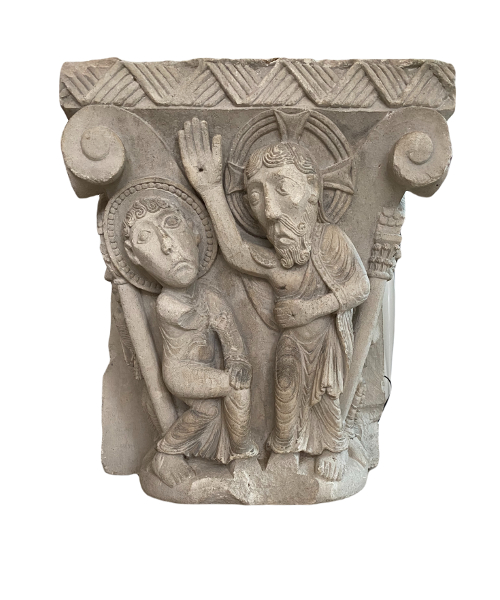 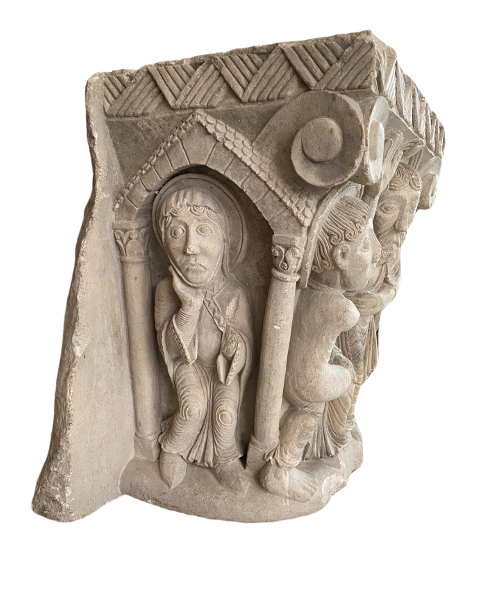 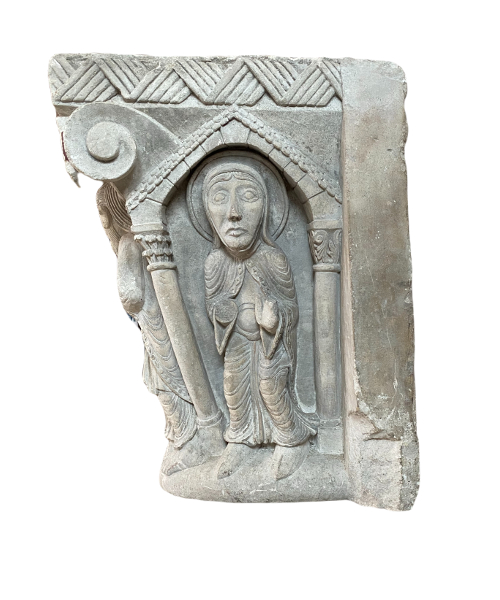 Very important engaged capital from the Romanesque period depicting Saint-Thomas and the Christ between two columns. On the side faces, holy women under Romanesque arches.

Related works: capitals of the Augustins museum in Toulouse ME60 & ME61 (Saint-Etienne Cathedral) for the abacus decorated with ribbons and the capitals ME263 (Saint-Paul abbey) & ME110 (cloister of the priory of the Daurade) for the scene presenting Saint-Thomas. Our capital is a bit later and shows early Gothic influences.
The plastic of the faces points towards South-West France or Occitania.