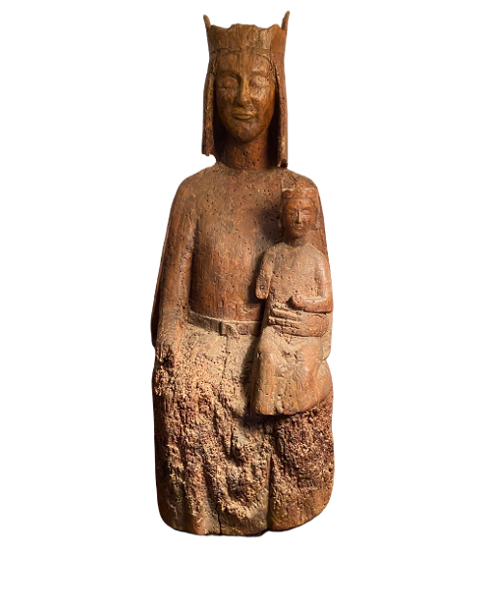 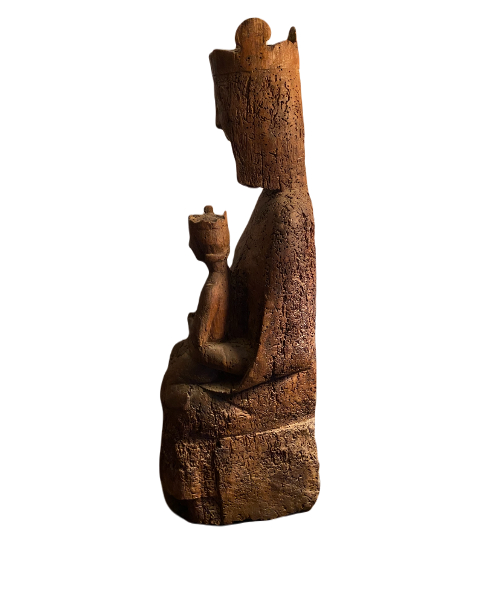 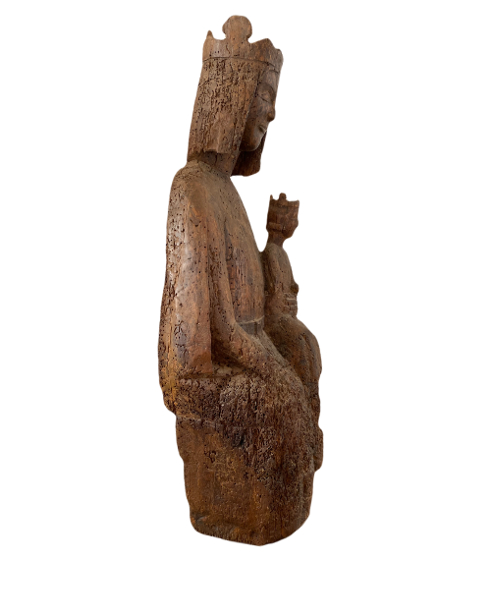 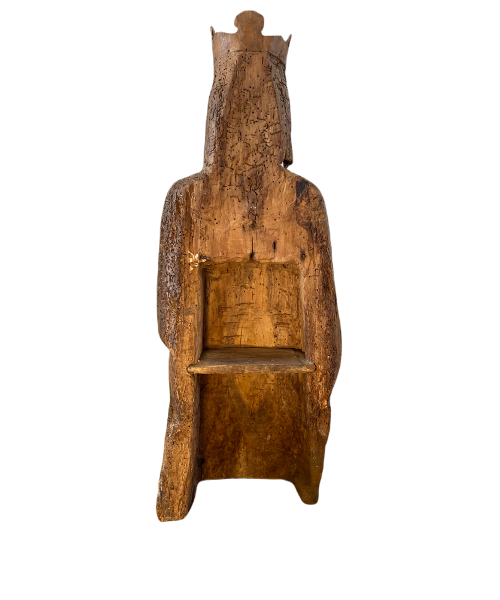 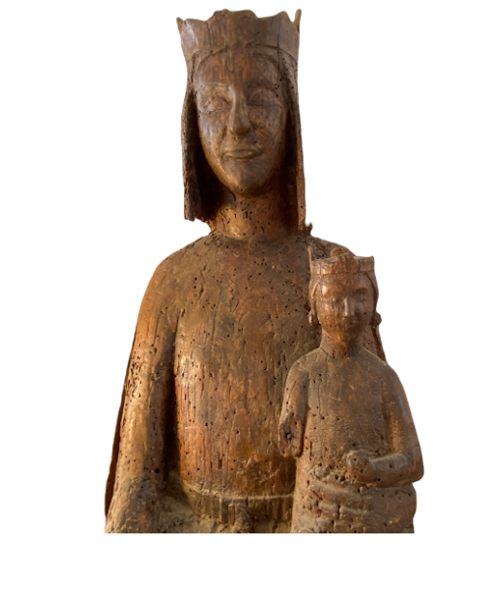 Enthroned Virgin in carved walnut, hollow back. Seated on a bench-throne, her bust erect, Mary carries the Child on her left knee in a frontal position; oval face with protruding eyes stretched towards the temples, pointed chin, thin-lipped mouth; head wearing a crown placed on a veil descending to the shoulders; she is dressed in a dress with a simple neckline, belted at the waist, and a coat with open sides. Dressed in a long tunic, the Child, with mid-length hair with curved ends, is also crowned.

Rare are the 13th century Virgins in sculpted wood preserved in French collections. This can be compared to a Virgin visible at the Museum of Religious Art of Fourvière, in Lyon (illustrated in H. Leroy and F. Debaisieux, Vierges Romanes Portraits croisés, 2009, p.137). It is to be placed after the oldest Burgundian Virgins such as that of the Museum of Fine Arts in Beaune from the end of the 12th/beginning of the 13th century or that known as that of Lantenay from the Museum of Sacred Art in Dijon.
Expert : Laurence Fligny. Certificate provided to the purchaser.

Condition: Xylophagus attacks and some lacks, small restorations to the face of the Virgin