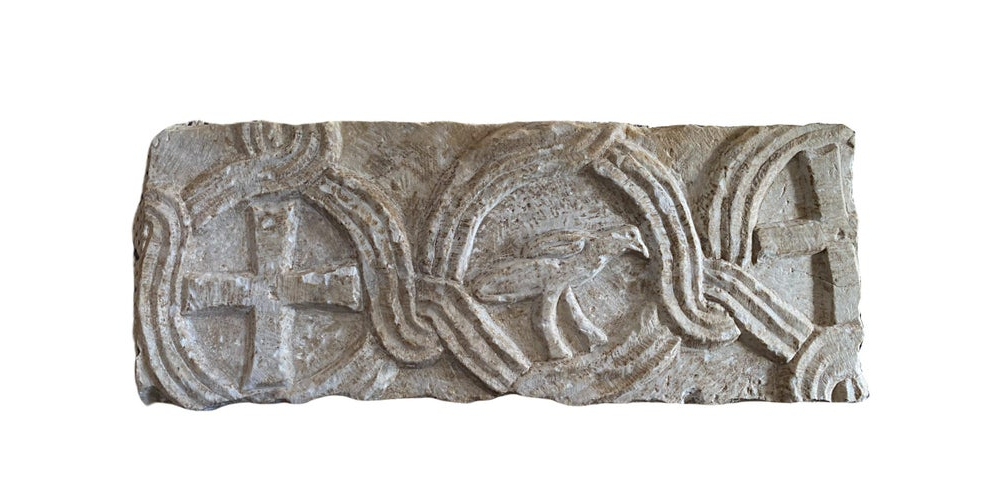 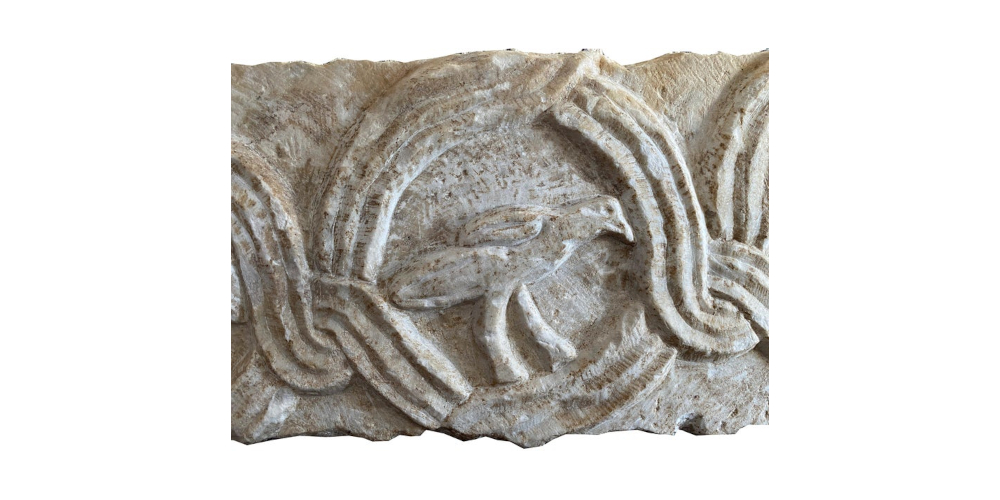 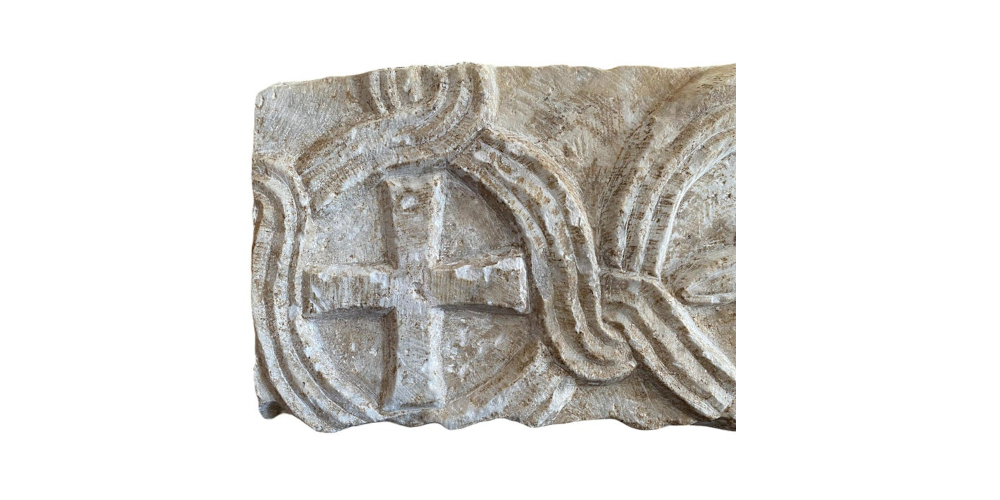 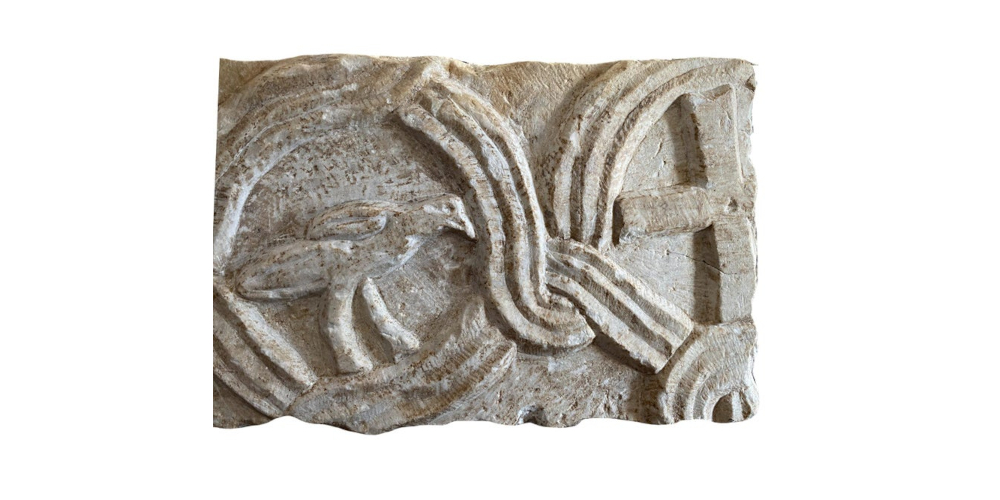 Exceptional Carolingian marble pluteus element from the San Salvatore abbey in Orvieto, Italy. The frieze shows crosses and a bird in typical 9th ​​century tracery. Pluteus elements of this size are rare for this period and mainly kept in religious buildings or museums.

The Abbey of San Salvatore was founded in 762 by the Lombard Duke Ratchis with major changes during the Romanesque period. The abbey has a Longobardic crypt from Carolingian times with pillars showing entrelacs and zoomorphic decorations. Our pluteus element was reused in the 18th century for an epitaph on the back which has enabled us to trace its precise origin. Related works: 9th century pluteus from Vence Cathedral (France), 9th century pluteus plaque from Orvieto Museum, Altar panel from Orbetello (Italy).
Bibliography: Corpus della scultura altomedievale CISAM 2018. Diario Ordinario Num314 1778