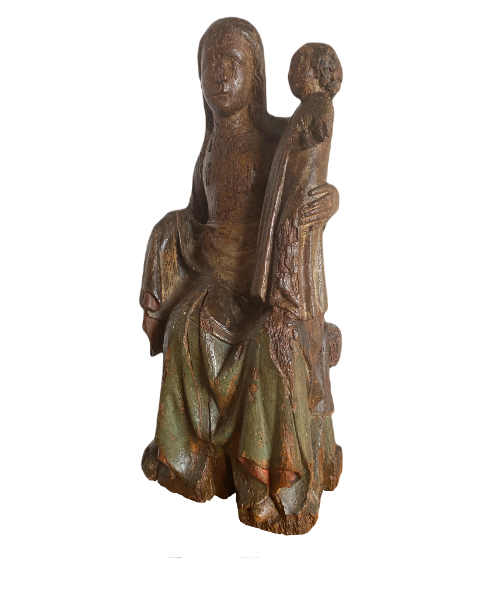 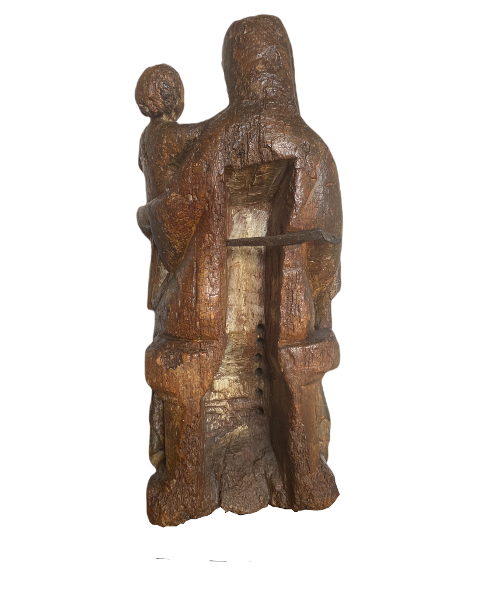 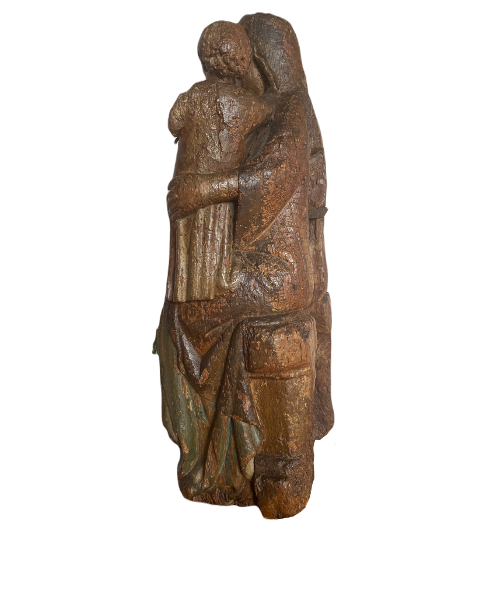 Large Virgin and Child in oak from the end of the 13th century or beginning of the 14th century. The plasticity of the faces and of Christ evoke the 13th century (the face of the Virgin evokes the face of the Romanesque Sedes Sapientiae of Seron) while the drapes of the Virgin's dress herald the following century. Marie, with her beautiful oval face, is seated on a throne bench. Mosan Virgins are rarer in collections than the southern European ones.
Remains of polychromy and gilding. Hollowed back with hook closure.

Condition: Losses including left arm of the Child. Splits.